Northern Ballet's The Nutcracker: A Review 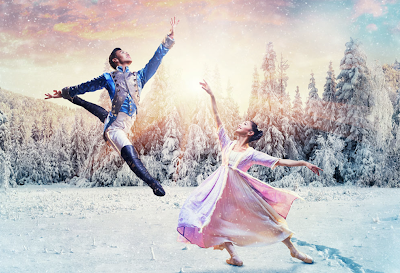 There is no ballet that conjures up the image of Christmas quite like The Nutcracker, and Northern Ballet’s version of the classic ballet is a festive delight.

Though the dancing took centre stage - with spellbinding performances from the cast - the special touches such as a mechanical sleigh and snow falling, as well as the glittering costumes, really took the audience’s breath away.

Featuring all the main characters, dances and music everyone has come to love, the show had an English twist on it, with the action set in a traditional Recency England home, rather than in Russia.

Highlights of the show included the family’s Christmas brought to life with the whole cast taking to the stage for an energetic Christmas Eve party, with the fabulous ‘mechanical dancers’ whose limbs move in a most unhuman-like way and wowed the audience.

This was before Clara is taken into her dream land by magician Drosselmeyer - complete with the Nutcracker Prince v Mouse King battle - including a baby mouse army - and a turn from the Sugarplum Fairy - one of ballet’s most memorable characters - that left the audience cheering and even got a standing ovation at the curtain call.

Other highlights included the snowflake dancers, the Chinese Dancers and the Spanish Dancer, who all brought delight to the audience with their turns in the dreamworld, as well as the aforementioned Sugarplum Fairy and her Cavalier.

A special mention has to go to the stars of the show - Clara (Rachael Gillespie) and the Nutcracker Prince (Hull’s own Ashley Dixon), who brought so much genuine joy to their performances.

It’s hard not to be moved when Clara is brought back to real life as the characters from her dreamworld disappear into the darkness around her and she’s left sleeping in the arms of her father, as I’m sure many people in the audience could have watched this charming ballet for many hours more.