Showing posts from February, 2021
Show All

I'm going to preface this blog by saying - stay home, protect the NHS, save lives! But if you have any of these bakeries locally and it's in the rules to be able to do so, mask up, socially distance, sanitise your hands, and go for it! It'll be as safe as a supermarket is. (Also - delivery is available for many of them). During the first lockdown, my social media seemed permeated by baked goods - mainly of the home-baked variety. It seemed like there was some kind of national zeitgeist that people wanted to put their boredom and frustration into edible goodies - namely sourdough and banana bread. More recently, there seems to be a proliferation of people turning their hand to monetising their hobby - at the moment my instagram seems to be full of hobby bakers delivering brownies or cheesecakes from their homes. And I guess if it makes some extra money and brings people joy, who's to complain? We're a nation living through the worst of times - of late at least - with
Post a Comment
Read more 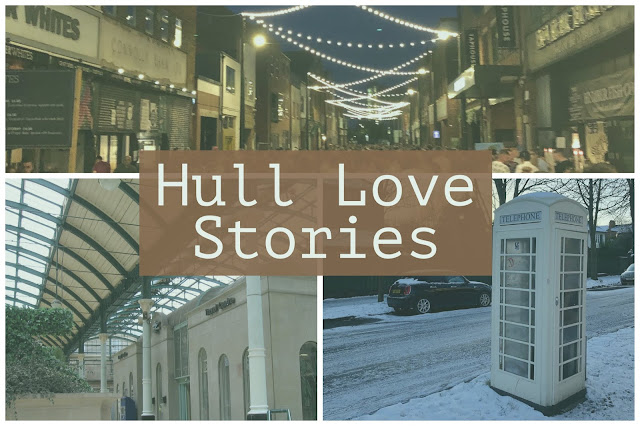 Anya and Louise (2009) Anya had no idea quite how the date had gone, while Louise thought it had gone surprisingly well despite the language barrier.  Overall, spending a Friday night in the pub had been fun for Anya. Though in Poland, people didn’t tend to go for chips at the end of the night, but Louise was insistent.  “We already had a meal!” Slurred Anya, beginning to feel those doubles as she walked down Whitefriargate, before being blinded by the white lights of the chip shop counter. Louise struggled to get her order out, and the pair ended up giggling like madwomen in the corner. “Shut up!” Insisted Louise, poking Anya in the ribs as she imitated her - “Two cones of plips, cheese!” Outside, the pair found a vacant bench and Louise excitedly waited for Anya to try her delicacy. A cone of chips with chip spice sprinkled on, topped with scraps. “Go on!” Coaxed Louise, eyes excitedly and drunkenly wide, as Anya lifted a piping-hot chip to her mouth, nibbling it at first before sh
Post a Comment
Read more

It’s hard to decide to write an essay on love. To put down strong emotion to paper. Because you don’t want to look like an idiot if you’ve got it all wrong and end up with egg on your face. But if no one had decided to write about their current love, how many sonnets and songs and stories would we be without today? *** Sometimes you find yourself in a strange place. You’re suddenly alone, you didn’t mean for your life to end up where it is, you have to build a process of letting go of those former hopes and decide to build a future for yourself. But when you’re in the middle of this transformative process, and a pandemic suddenly halts all your plans for travel, growth, new companions and unplanned experiences, and you are suddenly planted where you are, it can feel as if you’re suddenly stuck. And yet, life has a way of still sending us in new and divergent paths. Mine came in the most unexpected of places… a rather unromantic place called twitter.com. I’m still not really sure why I
Post a Comment
Read more
More posts