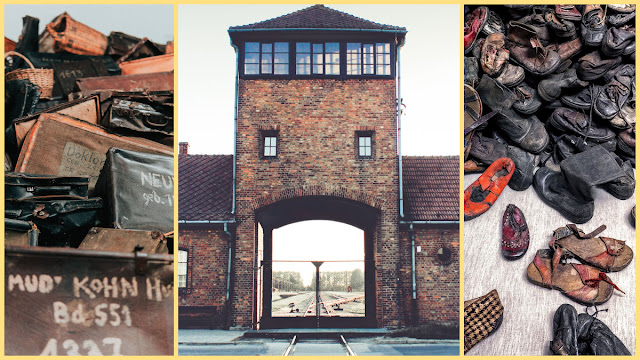 Birds sing high up in the green branches, which sway slightly in the breeze. A blanket of delicate white flowers covers the ground, as the warm spring sun shines down. It’s hard to believe this was the site where over one million jews were put to their deaths in gas chambers, through starvation, from disease or exhaustion.

This was what I learnt when I headed on a trip to Auschwitz organised by the Holocaust Educational Trust, for a feature with pupils from the Selby area while I was working as a reporter for the Goole and Selby Times.

The start of the experience was a seminar at the Queen’s Hotel in Leeds, where around 200 students and teachers gathered to find out more about the roots of the Holocaust and explore difficult issues surrounding it.

We were asked to remember one important fact: the Holocaust was 6 million seperate murders of individual people who were Jewish.

At the seminar, we heard the testimony of Steven Frank, a Holocaust survivor originally from Amsterdam, whose family had links to Anne Frank’s. Steven was a small child at the beginning of the Second World War.

Steven’s testimony leaves many of the students stunned - as he recalls the squalid conditions of the Theresienstadt concentration camp, which is situated in today’s Czech Republic - and his family’s fight to survive the tough conditions, as well as his mother’s heroic stoicism and pragmatism in the face of such adversity.

Steven also tells the story of his father, Leonard Frank, a prominent lawyer who was murdered in Auschwitz after being caught providing false documents to Jews trying to flee occupied Holland.

Students also got the chance to ask Steven questions. One student asked him what the worst part of the whole experience was - to which Steven answered that it was the fact that his experience had "taught him how to hate”.

After hearing Steven recall how two Nazi soldiers set their German shepherd on him and laughed as it attacked him, it was easy to understand why. 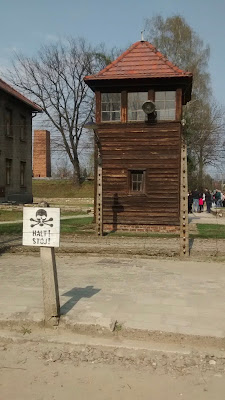 The day of the trip to Auschwitz, just six days later, saw us gathering at 5am at Leeds Bradford Airport, for a chartered flight to Krakow, an hour’s coach trip from the site of the camp at Oswiecim.

The first location of the day’s trip is the town of Oswiecim (the occupying Nazis chose to rename it Auschwitz to make it seem more German), which before the war 58 per cent of its inhabitants were Jewish. Unsurprisingly, not a single Jewish person now inhabits the town - and for many years following the war there was only one solitary Jewish man who called the town home.

Moving on to the Auschwitz camp, a short bus trip away, many of the students were surprised how close homes and businesses are to the camp - there are houses, shops and restaurants straight across the road.

What many people don’t know is that the site is in fact split in three, and Auschwitz I as it is known was built as a concentration camp for Poles and opened in May 1940.

What many people think of as Auschwitz is called Auschwitz II - Birkenau, which is where the trains pulled into and where the main gas chambers were located. Between 1942 and 1944 trains arrived at Birkenau from locations across Europe from as far apart as Norway and Greece, and 1.1million people were murdered here in those short years.

There is also Auschwitz III, which was a factory. The factory's chimneys still tower in the skyline.

Auschwitz I contains a museum with artefacts, documents and several displays of belongings taken from the people sent there. We were guided around the museum by local man Lukasz, who presented the horrifying facts and events of the Holocaust in a calm and matter of fact way - never sensationalising the many disturbing sites the group were encountering.

The students stood silent and sombre as they took in each room - uncovering tonne upon tonne of human hair shaved from the victims, the piles and piles of shoes stacked up in another: from the smallest pair of sandals to the bulkiest of boots. Piles of hair brushes, stacks of pots and pans - it was heartbreakingly obvious from these belongings that most believed they were headed to a transportation camp - not a death camp.

We were shown such distressing sites such as an execution wall, a gallows, and a bunker where so-called doctors carried out sterilisation experiments on Jewish women in a bid to create a tool for mass-sterilisation.

Opposite the book of remembrance was a wall of photos - featuring some of the survivors with the happy families they raised after escaping the fate handed to so many of their loved ones. There were pictures of huge smiling groups - right down to great-great-grandchildren - who otherwise would not be here. I found this triumph over everything that had been designed to break and kill them the most moving part of my visit. 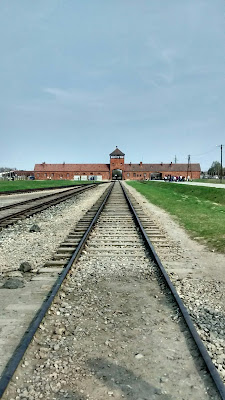 After a short bus journey, we arrived at our next stop, the main extermination camp of Auschwitz II - Birkenau.

Guide Lukasz rejoined the students to guide them around the second camp, bringing to life the squalid conditions faced by people who were imprisoned here - those 'lucky' people who weren’t sent to the gas chambers as soon as they exited the trains.

Lukasz described conditions in the sanitary bunkers and the sleeping bunkers, with prisoners suffering from dysentery only allowed to use the toilets twice a day. Those who had to relieve themselves outside those hours were routinely beaten.

He also described sleeping conditions in one of the bunkers, painting a picture of how the bunker would have looked with six hundred people sleeping on straw mattresses - which became infested with vermin.

After arriving at the train stop where the prisoners were processed, we were told how doctors picked out who lived and who died, before we made our way to the remains of the gas chambers - which were the only part of the camp to be destroyed by fleeing Nazis towards the end of the war.

We all listened solemnly as Lukasz described the process of the killing - Zyklon B poison was dropped by soldiers through holes in the roof. Despite being called gas chambers, Zyklon B is actually a liquid, which needs temperatures of 25 degrees celsius for the cyanide gas to be released. The colder the day, and in harsh Polish winters, it could take victims an agonising 30 minutes to die.

As the final part of the tour, we were taken on the journey the new arrivals would have taken as they were registered at the camp: a dehumanising process were the people were forced to strip, the whole of their bodies shaved, tattooed, and made to wear the striped uniforms so synonymous with Auschwitz. I was overcome with emotion at the end of this tour and couldn't imagine how terrified these innocent people must have been. 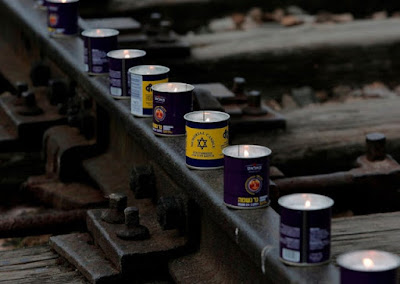 After visiting the site of so many atrocities, the students sat in quiet contemplation for a memorial ceremony next to the railway tracks where the trains would come to their final stop.

One student who was asked to read a poem was so overcome with emotion on beginning her piece that she burst into tears and had to be led away by staff.

Many of the students (and myself) were tearful as they listened to the service, carried out by a Rabbi, and lit candles which were placed along the train track to commemorate those who were murdered on this site. 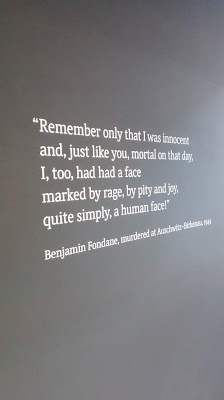 It's important for me to note that the birds still sing at Auschwitz. There is no mythology. The Nazis carried out monstrous actions - but they weren't monsters.

They were people. People willing to carry out despicable acts - enabled by those who supported or were wilfully ignorant to them.

It's important to know that so we don't let people repeat those same mistakes today. Intolerance and hatred are still all around us.