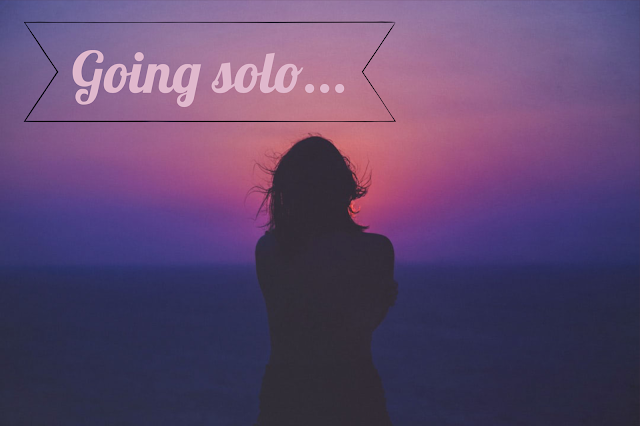 Those people who have known me a long time know that I've been in relationships since I was 16 years old.

My 32nd birthday was my first birthday as a singleton since I celebrated my sweet 16... and even when I was 15 I'd had a boyfriend up until a few days before, but I felt too guilty about not being that keen on him and him buying me a birthday present... so I dumped him so he didn't have to!

Not only have I not been really, truly, properly, purposefully single the whole of my adult life, but I've also never lived alone, always living with family or housemates or a partner.

I've now been living by myself for over a month, and for all the worries my needy co-dependent self had about single life before I embarked upon it, it really hasn't been bad at all.

That doesn't mean I'm not sad about the end of my relationship - because of course I am - but just that having to stand on my own two feet hasn't been anywhere near as hard as I thought it was going to be.

I pictured myself crying into my sad microwave meal night after night, chomping down whole bars of diary milk while watching Eastenders wondering how to spend my time alone... but so far it's been...

(Yes, I tell people that 'it's fine!' so much I have started feeling like that guy*...)

Only depending on yourself for your social life means you actually make plans! And over the last month or so I have spent so much time with friends and made so many amazing memories that I just wouldn't have made was I in a relationship.

For right or for wrong, when I'm in a relationship I can tend to really throw myself into it and let other relationships go by the wayside.

Realising how much I not only needed those friendships, but really enjoyed spending more time with my loved ones, has been such a blessing.

Of course, living on my own has meant doing so many things alone that I would previously have done with help and it has been really unsucsseful sometimes (please no one ever touch the TV stand I built by myself lest it land in a heap on the floor....)

But I have learnt to fix a TV aerial extending cable and tune the TV in... sort out my council tax... change a lightbulb while at the top of a huge set of ladders... put air in my car tyres and turn the warning light off... live with HUGE spiders... and take my own blummin' bins out! 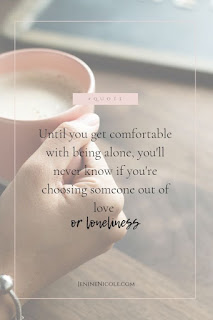 I've also met lots of new people, made new friends, and done things and taken risks I never would have done had I been in a relationship, trying loads of new stuff, and just generally doing the stuff that I know makes me happy.

It's selfish as hell, but when you've compromised a lot in the past, as everyone does when they couple up, it's so nice to just wake up and decide what you want to do that day. And even if I don't have anyone to do it with? I'm ok to just to go by myself now!

Being happy in a relationship really is the best feeling ever and I'm pretty sure that eventually I will feel like I want to let someone help me share this giant sofa I've inherited with my flat.

But until I'm feeling happy and secure in myself, and I really know that being alone isn't the worst thing that can happen to a person, I am perfectly alright with coming home and getting into my pjs, stretching myself out on the sofa, and putting exactly what I like on the telly.

You've got to make your own happiness 🖤 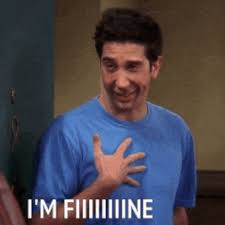