I went baking with a legend... here's how it went 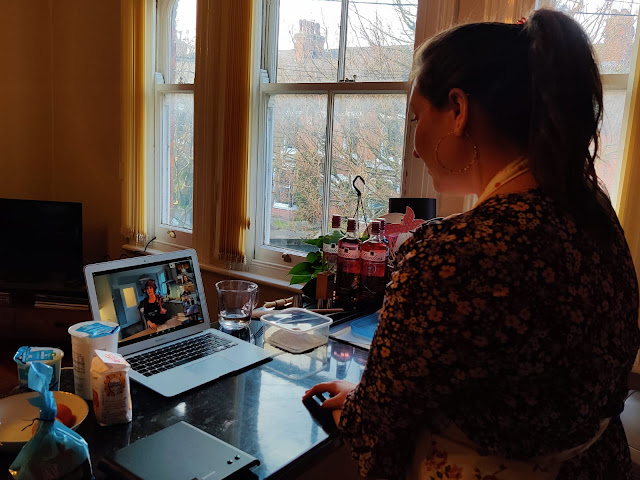 Everyone who knows me knows I love the Great British Bake Off. I started watching at series three on the BBC, back when it wasn't all that popular. It's definitely huge these days!

I'd love to go on the show, but I don't think I really bake enough to get good enough at it. I mean I used to bake for fun to take to work and for family and friends, but the pandemic has even stopped that!

I seem to like the eating better than the making these days!

However, I'd seen the Bake with a Legend classes advertised on instagram and I really wanted to give one a go, and luckily my boyfriend bought me a voucher for a class for my Valentine's Day gift.

The premise is, you sign up for a class (£35 for one baker, £50 a household) and one of the previous Great British Bake Off contestants teaches you how to bake goodies over Zoom.

I signed up for what sounded to me like quite a challenging class, choosing salted caramel and chocolate eclairs with Jane Beedle from series 7, who was one of the finalists the year Candice won.

A week before the class, we got sent the instructions and the recipes and I started to get nervous - there were so many elements to the eclairs! Choux pastry, caramel sauce, caramel hazelnuts, Chantilly cream, chocolate ganache... it was all looking a bit technical! 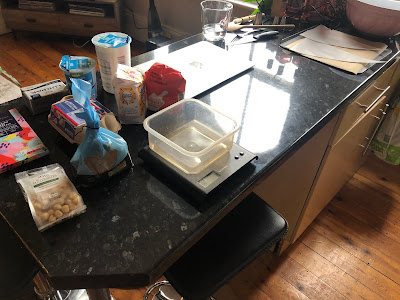 As the day of the class rolled around, I got all my stuff out, weighed out the first round of ingredients, got all my equipment together and set up my laptop on my kitchen worktop.

I was in my apron and feeling prepared!

The class itself was at 5pm, meaning people in America could take the class. I didn't realise 'The Great British Baking Show' was so popular over the pond but people love it! There was a mix of people taking part from across the world.

As we began baking, with Jane taking us through on the main screen, while we were on mute, I realised it was a bit less social and a bit more serious than I had imagined - but there was a lot to get done in two hours! 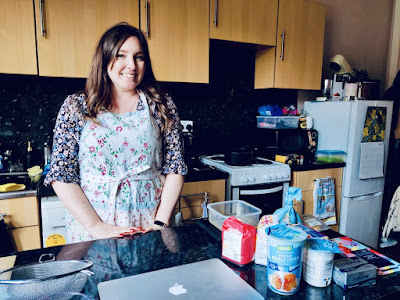 Jane took us through the recipe step by step and told us some secrets from behind the scenes of Bake Off as we went along and she was a really great teacher, she also had a virtual assistant (Rosie from Junior Bake Off) who helped keep us on track.

The first part, the choux pastry, surprising went fine, then I made the caramel sauce which also went ok, but my oven must have been a bit too hot as I overdid the pastry shells!

It wasn't a complete disaster as I could still cut and fill them, but I had hoped to do a bit better. Maybe next time I'll know better what the oven needs to be on!

Then... it started to go downhill a little bit. I managed to stab my finger putting a cocktail stick in a hazelnut for the eclair decoration - blood everywhere! So I had to quickly plaster up and carry on - but felt a bit behind and was struggling with a clunky plaster on my finger.

I tried to catch up but my caramel hazelnuts went crystallised, then my chocolate ganache split! We were running out of time by this point so I quickly spooned on my sauce, piped my cream in, and melted some chocolate in the microwave to go on top as a cheat, and had some ok-looking and very nice tasting eclairs by the end of it. 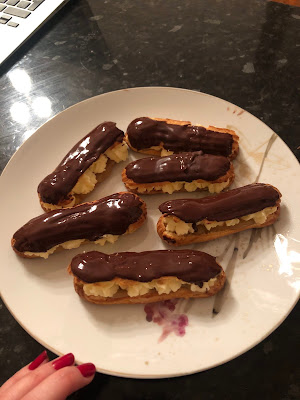 I did massively enjoy doing the class, but it gave me a real appreciation for what the bakers have to produce in the tent in such a short time frame. Paul Hollywood would definitely have put mine last in the technical for no caramel hazelnuts and no chocolate ganache!

If I'd practised some of the things before the class I might have managed to avoid a few pitfalls, but I suppose you can't accommodate for having to tend to a stabbed finger.

I felt like I learnt a lot in the session and it was well worth the price of the class. I have a lot of new skills from it. I'd do one a month if I could afford to! 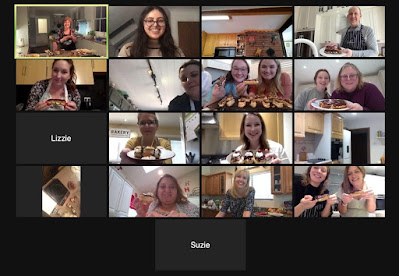 Some of the bakers in the class made amazing looking perfect eclairs, but even if mine we're only a 4/10 looks wise they still tasted delicious and me and my boyfriend had no problem polishing them off.

If you love baking, are up for a challenge and a bit of a laugh along the way, I'd definitely give the Bake with a Legend classes a go. I'm definitely going to do some more this year.