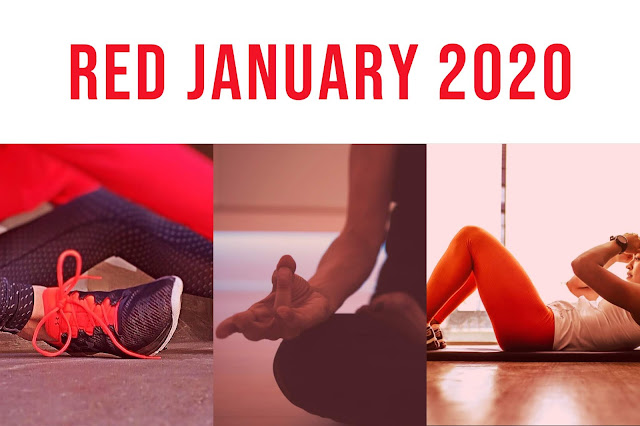 I didn't set any new year's resolutions this year (or the last few years to be honest!) But I wanted January to get off to a healthy start both mentally and physically.

I find exercise helps my mental health and so I can understand why the charity MIND advocates RED January - which stands for Run Every Day - as a great fundraiser for them.

Instead of running every day I made a commitment to exercise every day, but at the end of the month I'm sad to say I didn't achieve it! Sadly I missed two days - sorry! (One for a massage (day 10), one because I was at work until 8pm (day 21)).


Some days I did just do Youtube yoga, walking or weights at home though - I didn't do hardcore cardio every day! I was too sore for that!


Which is why I'm really glad I attempted RED January!

Taking on both Veganuary and RED January might seem like a lot for someone who was having physical anxiety like panic attacks and losing the feeling in my fingers like I was at the end of December, but I think it provided the perfect distraction from the rubbish month of January to be honest!

I went to my first exercise class since uni (well apart from yoga) on January 2nd - boxercise! And my gosh it was hard.

I was so nervous waiting to go in, but I partnered up with this really nice friendly girl who was also doing RED January and we both sweated and laughed our way through it. That's been what the rest of this month has been like - even when it's been hard or I've been nervous, I've just put on a positive mindset, smiled through it, and found I've enjoyed it in the end!


I said to myself that if I could go to Iceland alone for three days I could go to East Park for ParkRun and stop being a baby! And I am so glad I did - it's a lovely run around the lake and it's been so nice running with so many people, like a real race atmosphere.


I also enjoyed my biggest challenge of the month - doing an aerial hoop and silks taster session!

This was the hardest thing I did because I know I'm not entirely fit and strong enough to make the most of it. I am quite heavy to be flinging myself up on hoops! I had to get a shove from the instructor a couple of times which I could have been embarrassed and beaten myself up about - but I thought to myself - I'm only gonna get better at it! So I signed up for a course. It's going to be fun, and it's also going to be motivation to do the work I know I need to do to strengthen my upper body and my core. (It's also going to leave me covered in bruises ha!)

All the exercise has got me out of the house, which meant I wasn't spending so many evenings alone while my social life was quiet, and having goals like wanting to complete a Park Run gave me a sense of achievement. I've also been doing a chilled out yoga class each week (side note: my yoga instructor's first language isn't English and she always says chins instead of chin as in "tuck your chins to your chest" - which I find hilarious lol), which has been great for relaxation, and getting some fresh air out on walks. I've also been relying on my car less which has been good since petrol is so expensive!


Doing Veganuary at the same time was also a good distraction really, researching new recipes and foods and spending more time cooking and food shopping. It also has a great community online who are really supportive (as long as you aren't eating ANY animal products!)

On my blog I noted that I found Veganuary easier than vegetarian January last year because I live alone now, but the opposite was true for RED January!

Not having someone at home to exercise with and encourage me was a lot more difficult, but I managed with the help of Instagram inspiration and a few Facebook posts! Friends at work have also taken an interest and have been asking what I'm doing each day, which has been good motivation.

Thinking about the year ahead, I want to continue doing lots of things I have started during this month. I have loved going back to yoga and doing running and have enjoyed new things like box fit  and the aerial skills class- even though it's so so hard!

I have signed up to the Hull 10k race in April so will need to stay fit and get training for that.

I do know that I have to make it more sociable though and I keep telling myself I need to do some smaller classes and maybe join a running group too? I just need to be brave and go for it!


You'll be glad to know my mental health has been a lot better since the end of December and I've been seeing a person-centred therapist for a few months now, which has helped me no end, but I think I still need to keep having counselling for a little while yet.

I hope I can build on everything I have worked on this month and 2020 will be a really healthy year for me and my psychical and mental health keep on improving! Thanks for reading! 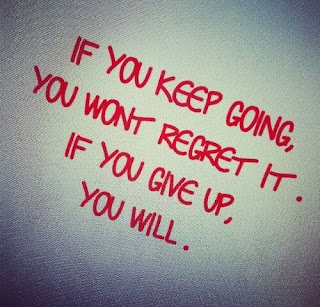