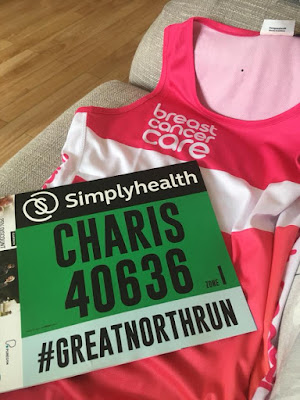 I have a decision to make.

To run the Great North Run this year... or not…

I signed up to the ballot this year and was disappointed not to get in, but also quite relieved to be honest.

For so many reasons completing the race is such a hard task - it’s nowhere near as simple as running 13.1 miles!

For a start, it's such a task just getting up there. You have to stay overnight, but the hotels all book up, the last few times I’ve stayed at air bnbs miles out from the start line.

Also, race day is so hectic. Last year, between the toilet queues and the busy public transport system we got stuck on for hours, the day was stressful even without the run. I’m not too sure I want to do it all again.

Another problem is it's such a hard course. I’m looking forward to trying the Hull half in June as that one is flat!

Also, training is at the warmest part of the year so you know you have to keep running through July and August. If you aren’t good in the heat like me, you know you have to either get up at 6am (to be honest even first thing last year was too warm for me) or go to the gym, but the treadmill is no real match for the race itself.

The last issue is that it can be a nightmare fundraising! If you get a ballot place the pressure is off, but for a charity place (which is all there is left) you have to reach a fundraising target. It’s a lot to do as well as training.

Also, I kind of wouldn't mind trying out some new races.

All that being said… a few weeks after getting the rejection email, I kind of feel like I do wanna do it again!

Last year I had an awful time training, I know I don’t want to go through all that again, having to complete it because I'd promised to fundraise for a charity even though I was in agony with injury.

But... It’s such an amazing experience! I just absolutely love the race itself, being part of it, seeing all the people fundraising, getting such a sense of achievement at the end.

I love running over the Tyne Bridge, the Red Arrows flying over, the cheers from the crowds.

Also, this year it might be a bit different.

I'm doing the Hull Half Marathon in June, so I will have more training under my belt than in previous years, I'm a bit more prepared for the fundraising as I didn't have as much time before signing up last year, and I might even have a running partner if Phil decides he wants to do it as well..

I have a charity in mind I want to run for, so I'm going to make a decision very soon.

If anyone can help me make up my mind let me know your thoughts! 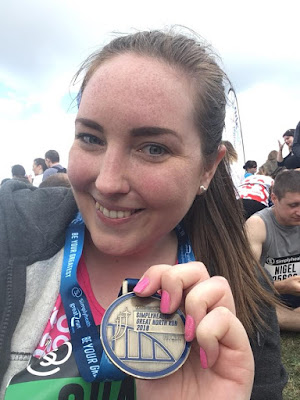