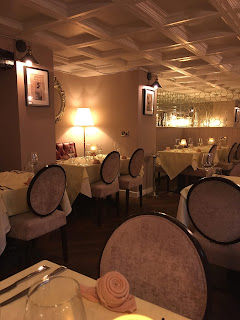 I LOVE French food. but it's one of those things that I don't really cook for myself very often.

I think it's because sometimes it can be a bit of a pain to prepare, or quite expensive (I mean, if we're having to cook prime beef slowly in bottles of fancy French wine?! I'll leave that to the professionals.)

So I always like to visit French restaurants. My favourite one locally is Rustique, which has two branches in York, they do a really good value set menu and have some great lunch dishes, too.

I'd read about Beverley's Fleur de Lis's set menu I thought it sounded really good, so Phil treated me for my belated birthday meal (I swear I always have like four birthday meals. One is never enough...) 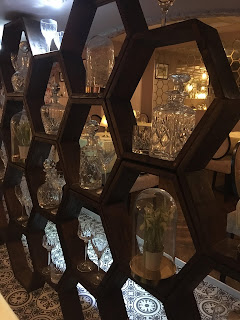 My first impression of the North Bar restaurant was: wow. I loved the soft art-deco inspired decor, it was such a warm and relaxing environment to eat in, and luckily for us, very romantic.

The waiter was really friendly, but service was also quite formal, we had our napkins laid on our laps and our wine poured for us etc.

I thought birthday + French restaurant = champagne cocktail, and since Phil was paying why not! I ordered a gin French 75, which was delicious. But I imagine lethal if you have a few! There were plenty of beers, wines and other cocktails on the menu too. 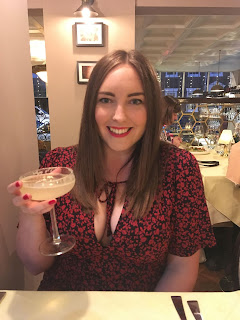 We both opted to go for the set menu, which was £16.95 for two, starter and main (but not desserts.) It had classic dishes on it such as Boeuf Bourguignon and Steak Frite. It runs from Monday - Thursday on an evening.

I went for the classic French onion soup to start, while Phil had the duck pate. The French onion soup was lovely, exactly how I like it, sweet onions in a rich broth. Phil really enjoyed his pate - which was served with melba toast in a cute little jar. There was plenty of it though. 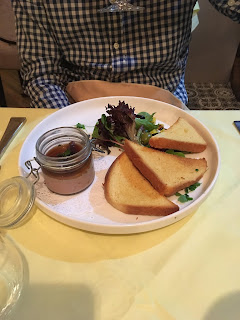 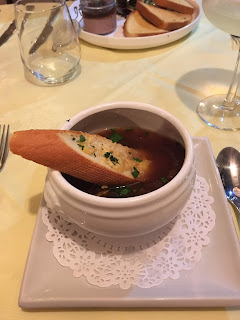 For mains, I ordered Coq Au Vin while Phil had the aforementioned Boeuf Bourguignon. They were served in individual pots with a separate plate with potato dauphinoise or mash and garnish. Both mains were really tasty, cooked well and even though it was a nice sized portion I could have probably eaten lots more of mine! 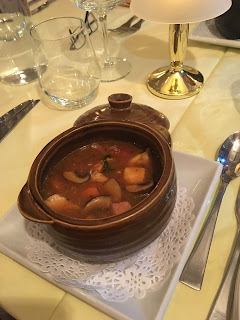 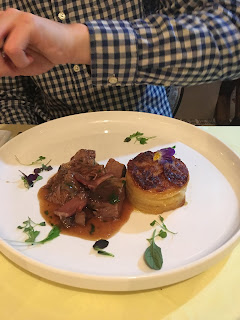 Having a small space still left for another course we went the whole hog and ordered dessert too. The menu featured classic French dishes like Tarte au Citron and Babe au Rhum but I fancied something chocolately and went for Delice de Chocolat while Phil had the Crème Brule. 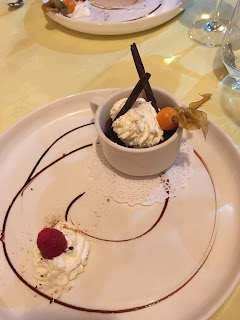 My dessert was good, but it was maybe a little more milky and sweet than I'd have liked it to be? A more dark chocolate would have suited me better, but each to their own! 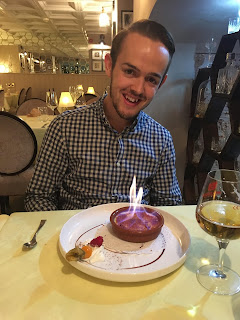 Phil's dessert was set on fire in front of him haha! But when the flames died down I tried some and that was delicious too.

I'd definitely recommend Fleur de Lis for tasty French food and would highly recommend the set menu, which also included fish and vegetarian options. The main menu was a little pricier, but would be a lovely place to come for a special occasion or a romantic dinner, or even a get together with friends like we saw when we were there. 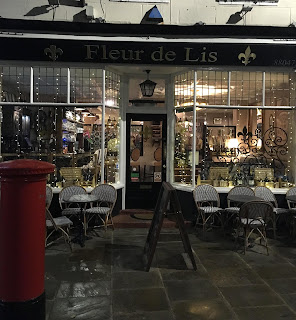